We all hope that our children have a bright future. Our newest short film looks at how kids in Kiribati are facing the harsh realities of climate change. This is their story from their perspective. Suspended between a home they love, and a world they are only beginning to understand, they are facing these realities now and their story should remind us that they deserve a livable future.

Kiribati is a low-lying island nation in the central Pacific Ocean, with an average elevation of just two metres above sea level. The capital island, South Tarawa, has individual islets more densely populated than Tokyo – with all the attendant infrastructural problems – but very limited wherewithal.

Though climate change affects us all, poverty is the strongest predictor of how deeply these consequences will be felt. The negative effects will fall hardest on places like Kiribati – not simply because of its isolated and fragile geography, but because there are insufficient resources to defend against a newly inhospitable climate.

Children should not be damned to poverty because of where they are born. I-Kiribati children should have options and alternatives.

Listen to a Radio New Zealand interview with Andrea Egan:


Director Biography – Andrea Egan and Joe Hitchcock
Born and raised in the mountains of Utah, but transplanted to the Pacific antipodes at a young age, Andrea Egan has worked for a decade covering the United Nations Development Programme’s global climate change portfolio and ecosystem and biodiversity portfolio. Her work has focused on climate change and human rights, looking particularly at rising sea-levels and the implications for the low lying islands in the Pacific.

With a photojournalist’s eye, a United Nations employee’s technical skills, and an activist’s passion, she has highlighted climate action in 140 countries – enjoying the challenge of translating complex scientific concepts into urgent, engaging, relatable content. She enjoys celebrating local communities and indigenous peoples around the world working to achieve the UN Sustainable Development Goals through nature-based actions.

Joe Hitchcock has been involved in film-making for over a decade, working on everything from big budget blockbusters to small independent feature films. He has travelled the Pacific shooting climate change documentaries with collaborator Andrea Egan, and is most interested in telling new stories from a unique perspective.

This year he has directed photography for Maori drama series “Ahikāroa” and directed sketch comedy show “Only in Aotearoa”.

His short films have played in festivals around the world, with highlights including mockumentary “The North Pole Deception” being nominated for best director at Show Me Shorts Film Festival, dramatic comedy “Stick To Your Gun” premiering at Palm Springs Shortfest, and Loading Docs documentary “Blood Sugar” going viral online.

Director’s Statement
Climate change affects all of us, but with dramatic differences in severity. As I’ve traveled around the world and experienced the complex intersection of nature and poverty, it has shown me how imperative it is to constantly advocate for and highlight approaches centred on principles of justice and equity.

We live on an incredible planet, and these problems are not beyond our capabilities. I believe we can create a fairer and more just world.

We need to be savvier and quicker about how we work to translate knowledge into action and I think that sharing stories can spark new connections – and, as Carl Sagan so eloquently captured, underscore “our responsibility to deal more kindly with one another, and to preserve and cherish the pale blue dot, the only home we’ve ever known.” – Andrea Egan 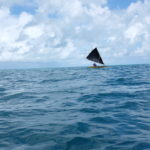 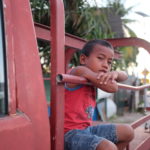 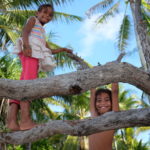 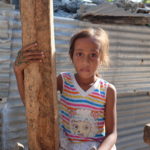 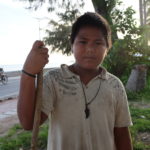 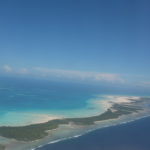